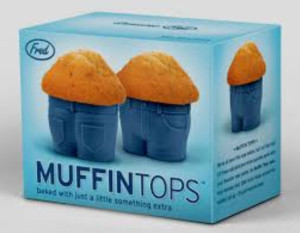 With Groundhog Day come and gone, our fellow citizens in the East are cursing that little groundhog who saw his shadow and cast six more weeks of winter upon them. Meanwhile, out here in Southern California things are so parched and summer-like that flip-flop businesses are filing for IPOs with the stock exchange.

The only shadow I’m concerned with these days is the one cast by the muffin top hanging over my waistband, which translates into me having less than six weeks to lose it. By now, my New Years’ resolution from last year to lose five pounds has been accomplished five times over. Unfortunately, I’ve gained those same pounds five times resulting in a net profit of zero. I know five pounds would eliminate my waistline bulge. I also know the flesh-exposing wardrobe items in my closet mock me whenever they get a chance. Why is it so hard to change behavior?

One score and thirteen pounds ago, I worked for a national weight loss company. I was a behavior education counselor who traveled around Orange County, CA filling in for absent counselors, who may or may not have called in sick after going on a food-bender.

The task to help others understand the psychology behind creating change was difficult on one hand, and simplistic on the other. Waning motivation and awareness have ruined all sorts of goals, not just weight loss efforts. We asked clients, “On a scale of one to ten, how much does being overweight bother you?”

Most of them would answer, “Ten.”

Then we would ask, “How committed are you to losing weight?”

If we could somehow live in that moment of answering “Ten,” we wouldn’t be spending billions of dollars annually on weight loss remedies. How does one sustain a level of motivation and awareness necessary to make change happen?

Plain and simple: we need reminders; the simpler the better. One such “simple wisdom” we taught involved pausing at any doorway before entering, taking a breath, and as your hand flips the light switch let it remind you of your commitment to a better life. If the light happens to burn out when you turn it on, don’t look at it as a symbol of failure; but rather a great excuse to eat by candle light. Feel free to use the idea. Perhaps I will too.