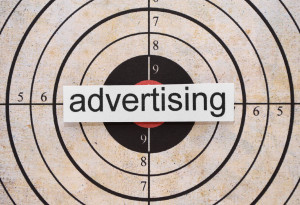 When I felt the urge to clean my desk on my first day of work in 2016, I knew there was something stewing that I needed to write about. The clean-slate feeling of a well-organized desk can wait while I get this little rant out of the way.

I feel overwhelmed by advertisers and their attempts to be seen in multi-media. Yes, it has become harder and harder to advertise among all the noise found on TV, online and elsewhere. Like Jeff Goldblum said in Jurassic Park, “Nature will find a way.”

While I admire the advertiser’s tenacity, what they produce is nothing short of annoying and it leaves me wanting to boycott the very product they are trying to promote. Personally speaking, that seems like a backfire; but it continues and I leave most viewing situations agitated and on edge. Was that what they were hoping for? I fear the next level is going to actually be electrodes or blunt objects making physical contact. Should we all worry?

The trends in advertising involve ads, forms and surveys popping in your face like a rude child’s hand. Moving objects are in every TV ad, news broadcast and even Dateline-esque docu-drama shows. This tactic capitalizes on the physiological response of the human eye darting toward a moving object, which is a survival mechanism that identifies potential danger. That’s not a wild bear. That’s an ad for belly fat removal or the shoes you looked at yesterday and are fighting the temptation to buy.

Even the super-fine print lingering at the bottom of the screen in commercials now vibrates so you’ll notice it even though you have no way of reading it before the commercial ends. Those small print items are the stuff attorneys love to exploit should you have problems later with the product. You probably didn’t know that those vibrating blurbs probably constitute you being properly informed. Hey, they were vibrating after all. You had to notice. Come on, keep up!

I’ve always been a person who pays attention. At an early age I was scared into submission every time any teacher at the pulpit said the word, “and” because I thought she or he was saying my name, “Anne.” I couldn’t drift off too far into day dreams out of fear of public humiliation by my fellow elementary school chums.

The methods of advertising these days are not for people like me who are already paying attention. They are for people who don’t pay attention and need a shiny object, slap in the face, or kick in the privates to sit up and listen for at least 8 seconds.

Unfortunately, I see the trend skewing away from people who pay attention. In fact, I met the guy responsible for developing those ads that pop in and out and around the margins of your viewing screen. He recently sold his company for millions of dollars. Now, his days are spent playing golf, and in a cruelly ironic twist, he doesn’t have to be annoyed by the very product he inflicted upon all of us.

There is a silver lining to it all: If I become annoyed with advertisers and boycott their products it will help keep expenses down, which is one of my goals for 2016. The future looks very promising.